My Love-Hate Relationship With Uncharted

If you follow my posts on twitter or have listened to my guest appearance on Pixel Pulse Radio episode 28 (https://itunes.apple.com/us/podcast/pixel-pulse-radio/id1052395247?mt=2), you are probably very familiar with my feelings on the Uncharted series. It would probably be very easy for you to think that I hate Uncharted. This isn’t true. I just hate a large portion of Uncharted. I also absolutely love a lot of what Uncharted does. I’ve played and beaten Uncharted 1, 2, and recently 3 and I’ve come to the conclusion that even though the game pushes the boundaries of what games can do as a whole, It also has flawed gameplay aspects that I found myself hating to the point that I had to force my way through the game.

I would be foolish to act like the Uncharted games are overall bad games. I find that what impresses me the most while playing Uncharted are the set pieces and moments that the developers craft into their games. Uncharted is a ride and this is especially true for Uncharted 2 and 3. The train sequence in Uncharted 2 is iconic for a good reason. I remember my first time playing through the scene and waiting to reach the end of the train. The train kept going and going. Instead of reaching the end of the train, I was treated with beautiful new vistas and more challenges ahead of me, all leading up to an action packed finish of that chapter. The plane sequence in Uncharted 3 is also incredible in a similar way. Fighting on a plane that is being torn apart and eventually falling out of the sky to save yourself by grabbing onto a supply crate and pulling the parachute is hard to imagine in the context of a video game. But Naughty Dog made it work in Uncharted 3 and made it amazing. These are moments in the Uncharted series that people remember because they are unlike any other moment experienced in games. They make you say “wow”. And the Uncharted games supply these moments over and over again. The boat sequence in Uncharted 3, the submarine in the first game, the helicopter chase in Uncharted 2, and more not only supply chaotic, memorable and grand moments, they allow you to experience and play through them as Nathan Drake.

The games also look beautiful. Naughty Dog doesn’t design their games to be open. They don’t try and make an open-world. They don’t try to cram in game mechanics or any unnecessary junk into their games. Naughty Dog creates and curates experiences for the player. Every enemy placement, every piece of dialog, and every cutscene is planned. This level of detail also leads to them having the focus to create a game that looks beautiful than any other game out at the time. The Uncharted series is great for this.

Naughty Dog is an amazing studio and do better work than most others in the industry. That being said, I personally don’t like playing the Uncharted games despite how much I appreciate their existence. This feels difficult to even say because of how beloved they are but now, having finished Uncharted 3, I can say without a shadow of the doubt that the Uncharted series has fundamental flaws that affect my ability to sit and even enjoy the game for more than 30 minutes.

When playing a game, I usually look for at least one of two things, great gameplay or an awesome story. If a game has one of these two things, then I can usually enjoy my time with it. The stories in the Uncharted games are not necessarily bad stories. If I’m being honest, they are definitely not what I’m looking for in a story. The Indiana Jones type story is awesome if executed well, but is often hard to do well because it is hard to tell a story in this genre that is different and unique. Uncharted definitely takes the treasure hunter archetype and sticks to it. However, Uncharted doesn’t really do much to pull me in. The amazing voice acting does so much in order to help me connect to the characters, but beyond that, the storytelling and character development does little to assist. Nathan Drake doesn’t draw me in as a character. He’s well-acted and so he has personality but there’s no information given about these characters that makes me feel for them. The second Chapter in Uncharted 3 attempts to rectify this by giving us Nathan Drake as a child but I still don’t feel for Nathan Drake the adult. The story also seems to always be about the adventure and not the characters. The issue is that the adventure is the same as so many adventures that we’ve seen before. There’s nothing about the adventures in the three games that has me at the edge of my seat because I can guess what’s going to happen next. The stories are predictable in this way. At any moment in the games, the objective is to continue going towards the treasure. The last few chapters in Uncharted 3 at least does a lot to develop Nate and Sully’s relationship and was actually refreshing after spending all of the previous chapters just playing the game for the sake of playing the game rather than wanting to know what’s next in the story. 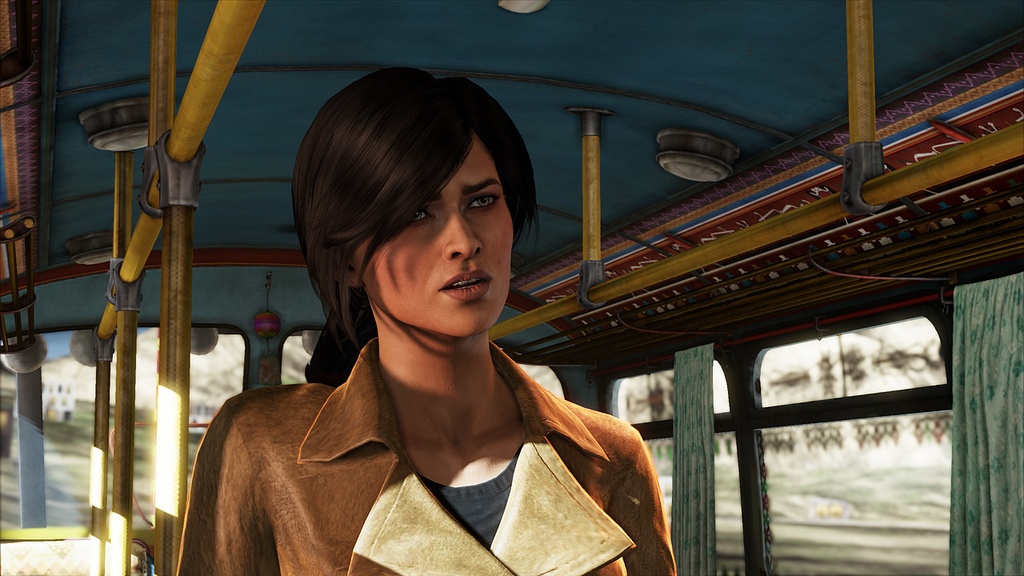 Playing the game is what I found to be my biggest issue with Uncharted. There are three main aspects of gameplay in the Uncharted games. There is climbing, shooting and puzzle solving, or to put in more video game-y terms: platforming, cover-based third-person shooting, and puzzle solving. Each of these gameplays aspects are flawed in their own way.

Climbing in games is not fun. I’ve said it before and I’ll say it again. It’s one of the reasons I don’t like Assassin’s Creed (I’m making a lot of friends today). Platforming is of course fun in many contexts but not when it involves jumping from ledge to ledge. Typically, in a game such as Uncharted, climbing is magnetic in nature. If pointed towards the right direction, Nathan will never miss the jump. This is bad game design. The reason being is that there are two things that can happen when jumping from ledge to ledge and the reason for either things is detrimental for the playing experience. The first thing that can happen when jumping from one ledge to the other in a game such as Uncharted is that I can successfully make the jump. When playing the game like you are supposed to, you are going from playing a game to performing a task. There is oftentimes not much choice when climbing. Not only is there an absence of choice, but there is an absence of skill required because of how magnetic the platforming is. That is the issue with climbing from ledge to ledge as a main mechanic in a game. As creative as Naughty Dog is with the way they present new areas and scenarios to climb in, they still won’t help a game mechanic that is fundamentally flawed.

The combat in the Uncharted games is not necessarily bad, but can become repetitive and sometimes unbalanced. Uncharted’s combat suffers from all of the same issues that all third-person shooters can suffer from. How does a game make hiding behind a rock and waiting for your enemy to pop out so you can shoot, stay fun? It’s difficult. The worst part is that Uncharted’s enemies can become increasingly frustrating. Instead of finding interesting ways to increase the difficulty as the game goes on, Uncharted just throws out more enemies with more annoying weapons. There were multiple points when playing Uncharted 3 where popping out of cover would result in a barrage of bullets from multiple directions to deplete your health while staying in cover invited multiple explosives to land perfectly in your position within seconds. Of course, much of my frustration can be attributed to me sucking at the game, but I would argue that by the end of the third game, I should be pretty solid (see me in Last of Us multiplayer if you want to test my skills).

The puzzles in the Uncharted games are infrequent enough that you don’t have to worry too much if you don’t like them but frequent enough that they become a problem. I understand that in an Indiana Jones-style game, there has to be puzzles. It’s a staple of the genre. My main issue is that these puzzles are so different that there is no real sense of progression with them. It doesn’t matter what I learned from a previous puzzle because the next puzzle creates a whole new sense of principles. This makes the player start from square one which is something I don’t want to do. Also, the puzzles break up the action in the game in a way that is awkward and has me as a player eager to progress and frustrated that I have to stop and figure things out. The games all feel as if they don’t know whether or not they want puzzles to be a main mechanic. Their infrequency makes them not feel like a main part of the game, but an inconvenience.

These are all just my opinions of the Uncharted games. I don’t like the gameplay. And there are so many other stories I’d rather experience and characters I’d rather hang out with. That’s not to say that Uncharted is a bad series. I would be wrong in saying that because they have been proven to be incredible with both commercial and critical success. My relationship with Uncharted is complicated. And even though I have a lot of negative things to say about the games, I don’t think that should stop you from playing them. Whether you love or hate the games, the experience of playing Uncharted is not one that you may not only enjoy, but learn from.

This piece was written by Blessing Adeoye. You can find Blessing on the internet either getting into dance battles or analyzing game culture for the purpose of making the world a better place at @blessingjr on the Twittersphere.

Himanshu Writes About Games And Loves Music | The People Ep. 7