Everything Old is New Again

At Bethesda Softworks’ 2017 E3 showcase, a trailer for MachineGames’ new title Wolfenstein II: The New Colossus was shown to close out the presentation. The first outing in the rebooted Wolfenstein series, titled Wolfenstein: The New Order was released in 2014 to great critical success and currently sits at a respectable 81 on Metacritic. It not only proved that players wanted and appreciated a substantial single player only shooter but also exhibited that the core tenants of the genre’s infancy were still as effective as ever. After the fatigue set in by the drab and hand-holding military shooters of the previous console generation, The New Order dared to go backward and meld the old with the new by embracing the fast and arcade style gameplay with the intense and visceral storytelling found in modern titles. Bethesda with its suite of id Software IP’s has reinvigorated the design philosophies of the 90’s FPS, and the genre is better for it.

Wolfenstein 3D was released in May of 1992 and changed the industry forever. Up until the early 2000’s nearly every developer that tried to make a shooter, was using the template set by id Software in Wolfenstein 3D, Doom, and Quake. Constant movement, fun weaponry, and meticulously handcrafted levels were, to me, the hallmarks of the genre’s infancy and the reasons why these games were so beloved from the beginning. Up until recently, the FPS genre had suffered from significant stagnation from the overabundance of modern military and near future titles. While these games are not inherently bad (some are even great) they without a doubt had fallen away from what made the early games so enjoyable, focusing more on linear progression through corridor-like levels rather than the open and labyrinthine stages of John Romero’s best-designed work. They hold your hand, take control away during set piece moments, and restrict the player to only using a couple of weapons at a time rather than slowly supplying the player with a full arsenal. Some prefer this more realistic system first introduced in Bungie’s Halo: Combat Evolved, but after revisiting the classics in the past couple of years I can’t help but prefer the frantic and power fantasy driven experience found with wielding numerous instruments of destruction. ZeniMax Media, Bethesda Softworks’ parent company, acquired id Software in 2009 and with it, the treasure trove of IP’s that would lay the groundwork for the classic shooter’s resurgence.

During Bethesda’s first E3 press conference, Bethesda and the new id Software team revealed a reboot to Wolfenstein’s follow up series, Doom. Even more so than The New Order which heavily featured story cutscenes and often took control away from the player, the new Doom promised to emulate the formula of its first incarnations to the uppermost degree. The game was fast, brutal and after several years of troubled development promised to deliver an experience akin to its forebears. And it delivered in spades. The levels were nonlinear, the arsenal of weapons devastating, and outside of a few very short instances, never took control away from the player. It was a gripping experience for the entire duration of the campaign and while its core was rooted firmly in the past, it also took the improvements of the last 20 plus years of video games into account to create the best FPS in years. The following E3, they would Announce Quake Champions to satisfy the multiplayer suite that Doom 2016 missed the mark on. It would seem at this point that the slew of id franchises is safe with capable and passionate developers at the helm of bringing these dormant series’ back from the dead.

In addition to id, Epic Games, originally responsible for the hit arena shooter Unreal Tournament, is due for a return. The new game simply titled Unreal Tournament is currently in the pre-alpha stage and has been for some time. The new title is part of an effort by Epic Games to sculpt the title with constant community feedback leading the decisions. Former Epic Games design director Cliff Bleszinski along with his new team at Boss Key Productions is developing Lawbreakers, a frantic, gravity defying arena shooter clearly inspired by the likes of Quake and Unreal that Cliff dubbed the “Dark Souls of competitive first-person shooters” during E3 2017. Flying Wild Hog’s new take on 1997 3D Realms’ Shadow Warrior has garnered stellar critical success and received a sequel, and to top it all off Blizzard has taken the world by storm with its Team Fortress inspired Overwatch which has supposedly surpassed 30 million players. In addition to these high-profile names, numerous independent games are in development or have been released recently that call back to the heyday of classic shooters. 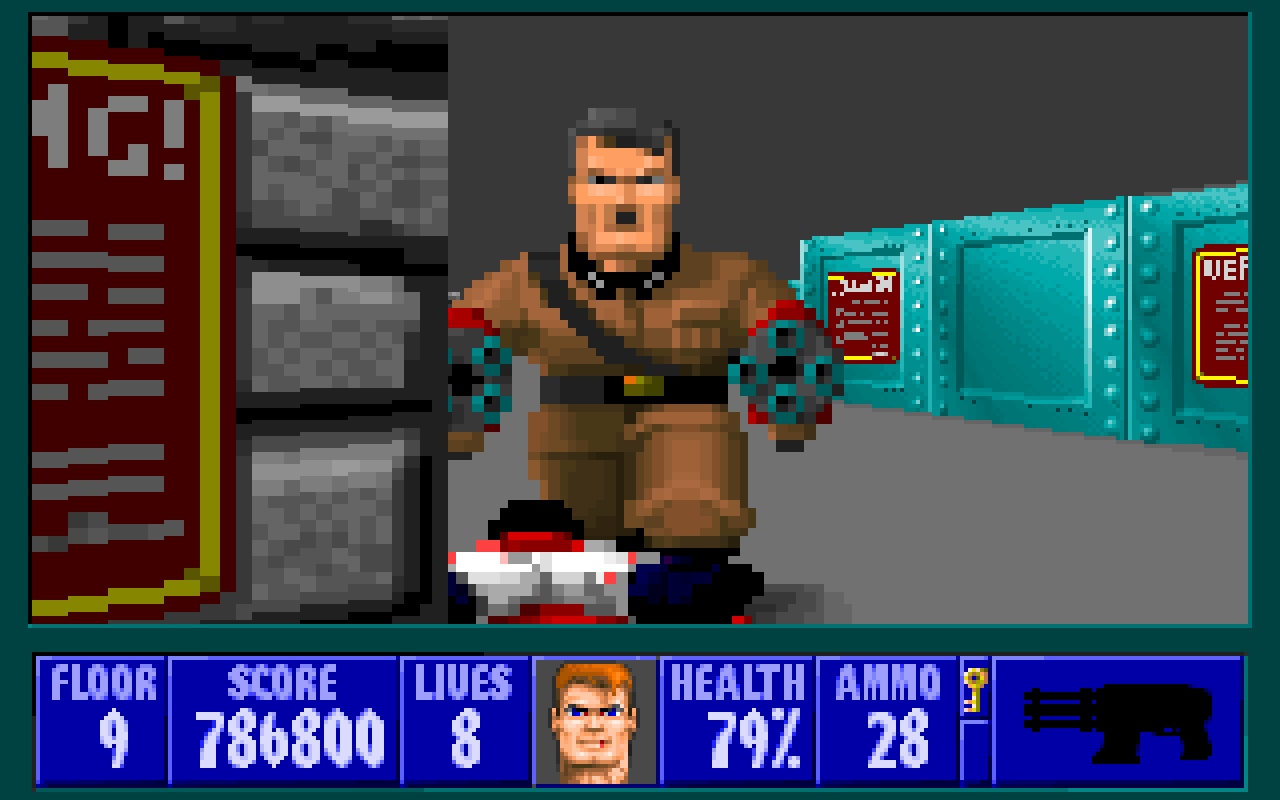 Not every attempt at 90’s or early 2000’s nostalgia has been done well, however. Developer Pixel Titans’ recently released title Strafe claimed to have the trappings of a classic 90’s shooter. Its marketing was brash, overtly 90’s, and attempted to exemplify the attitudes surrounding the id titles of the time. It faulted in several key areas, however. The game employed rogue-like elements on top of randomly generated levels. This not only diminished the “know it like the back of your hand” nature of the early id games, but it slowed the pacing to a crawl as enemies didn’t drop health or ammo pickups as found present in Doom or Quake forcing the player to move much more deliberately through the levels rather than run and gun. The meticulous design of the levels is a huge part of why Doom, Quake, and to a lesser extent Wolfenstein 3D were so great. These differing features while intentional, ultimately betrayed the authenticity that the developer and publisher Devolver Digital tried very hard to communicate and execute upon.

Because of the revival of classic id Software franchises after the developer’s acquisition by ZeniMax Media, the first-person shooter genre has seen a drastic push in the right direction after years of stagnation due to the increasing prevalence of linear, modern military titles such as Call of Duty and Battlefield. Titles like Wolfenstein The New Order and Doom 2016 have taken a few steps back to an era of medpacks and BFGs while also taking notes from modern mechanical advances. Wolfenstein combines the linear story telling of the last generation with more traditional mechanics and Doom is an all-out, fervent, and unrelenting ride that does not pump the brakes until credits roll. And this is only on the single player front. Titles like Quake Champions, Unreal Tournament, and Lawbreakers are recreating the fast-paced arena multiplayer gameplay long-lost for a new generation and for those itching for an experience with more freedom and higher skill ceilings.

Are you excited for Wolfenstein II: The New Colossus? What are your favorite old school first person shooters? Let us know in the comments!