One thing that would have made E3 better...

Video games in 2017 are currently in a place that was inconceivable ten years ago. Many believe it to be true art and looking at any screenshot from a game such as Mirror’s Edge: Catalyst, it’s definitely hard to argue against that. This year’s E3 conference was packed to the rafters with attendees but also all manner of games such as small indies like The Artful Escape all the way up to behemoths like Marvel’s Spider-Man. One game that was there was Crash Bandicoot’s ‘N-Sane Trilogy’ coming out June 30th.

Crash is a protagonist from a bygone era, a wonderful platformer heavy era. Plenty of others also have been redone in the same way, including the recently announced Jak and Daxter games coming to PS4, later in 2017. As interesting the proposition is of bringing forward the past entries of the Jak and Daxter series, a new entry would bring the house down. There was a time when Jak and Daxter was the jewel of Naughty Dog’s crown. It holds the Guinness World Record for ‘First Seamless 3D World in a Console Game’. It holds a special place in the hearts of many gamers, including this one. The Precursor Legacy is my favorite game of all time. In light of the series being announced for a PS4 remaster, it’s time for a new iteration. With recent success of the updated Ratchet and Clank, there definitely seems to be an appetite for good platformers that have a pinch of the old school in their DNA. 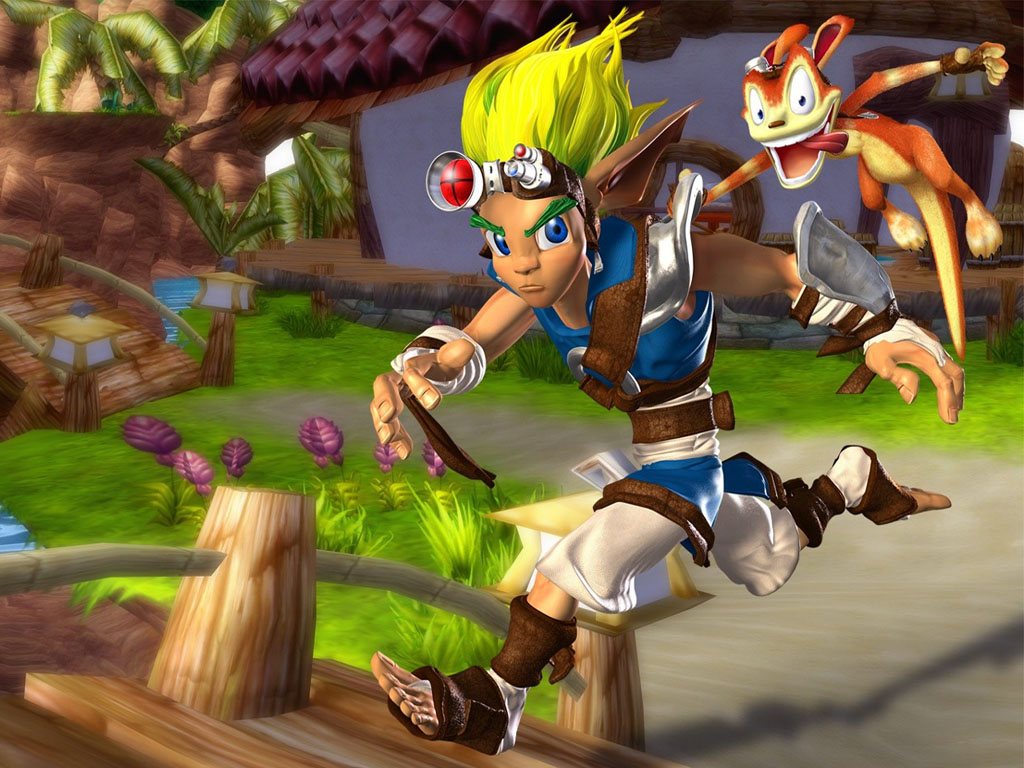 In 2017, Naughty Dog is not the same company that made ‘Jak and Daxter’ 16 years previous. With games like ‘The Last of Us’ and the ‘Uncharted’ series sweeping all of the awards when they’ve been released, I wouldn’t expect them to go back to Jak and use resources that would be better suited to the upcoming ‘The Last of Us 2’. Towards the end of the series they were beginning to outsource the work to other studios for spinoffs like Ready at Dawn and High Impact Games. This is something that would make sense going forward with the series.

A studio that takes on the task of a new Jak and Daxter game should be one that is looking to impress, perhaps an indie studio such as IO Interactive. With the recent Square Enix related trouble, IO is a studio that has recently gone out on their own. A big name for their first (non-Hitman) game would make sense to help drive sales based on another known name, which would help them work on their own IP in the future. Another option that I would have suggested pre-E3 is Supermassive Games but with the slue of announced games from them at this year’s conference, they seem like they are too busy right now.

Naughty Dog themselves were working on Jak 4 or whatever it would have been called before dropping it to work on what would become Uncharted. The artwork, in the ‘The Art of Naughty Dog’ photobook, points to a direction that is somewhat disconcerting. The plan or a plan should I say was to create a more photorealistic version of the Jak and Daxter world.

These pictures show a version of Jak that looks as if me or you just grew large ears. I’m personally not a fan as it goes against what the series is in such a drastic way. However, saying that I’m not completely against the real-life version of Daxter, dubbed ‘terrifying’ by Metro.co.uk. I think that with current technology and games like Rise of the Tomb Raider showing how to do it, the hair that covers his tiny body would be rendered in such fidelity that I would like to see it. Perhaps it could be done in the same vein as those modern upgrade tech demos that have been shown i.e. rendering GoldenEye in Unreal Engine instead of the full game.

Using Jak’s contemporary, Ratchet and Clank as an example, I think staying true to its roots is what would be the best. Tim Gettys of Kinda Funny has said of 2016’s Ratchet and Clank, ‘It looks like a playable Pixar movie.’ This is what the developer of my fantasy game should go for to really sell it to the OG fans but also appeal to the kids who are the same age as I was 16 years ago. I am very nerdy about very few things but my love of Jak and Daxter trumps all of it. An announcement of a brand new game in the series is, in my opinion, the one way to improve E3. #NewJakGame, let’s get it trending. Failing that, I’ve written a Jak and Daxter: The Precursor Legacy movie script so let’s make that instead? It’s got to be better than the Ratchet film surely?